Bassetoodle is an elegant pooch with a warm personality. He is easy going, family-friendly, and works up quite some energy during play time. 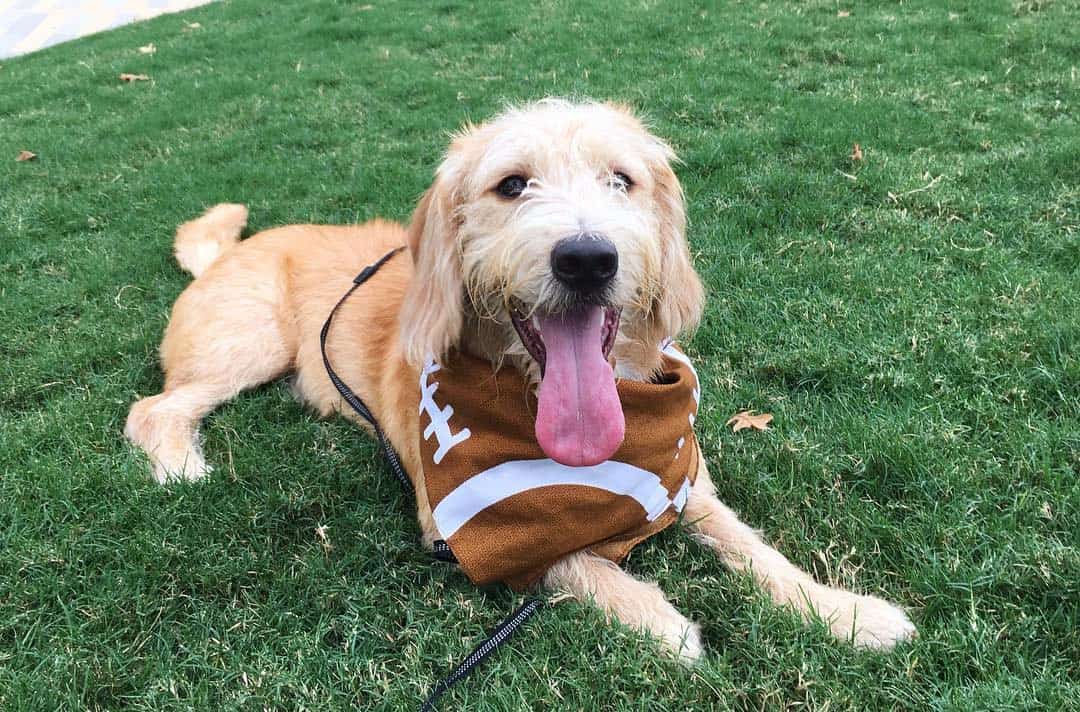 He has minimal grooming needs and adapts very well to both urban and rural life.

If you are a first-time pedigree dog owner, a Bassetoodle would be a great choice.

He does not ask much for him to be happy but will always make it his business to make everyone happy and at home. 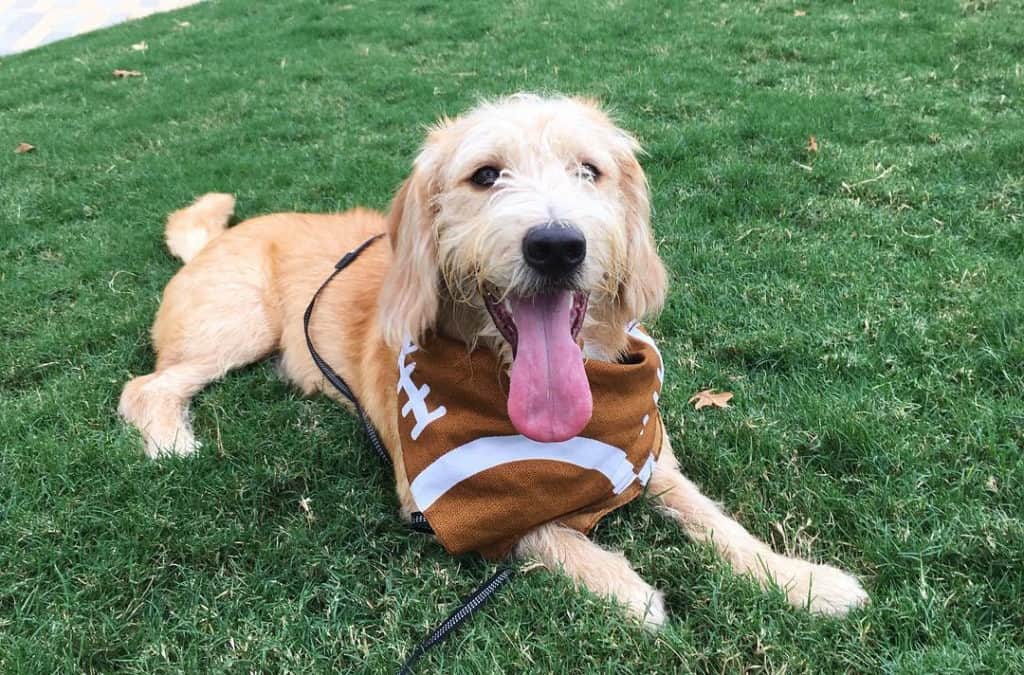 Bassetoodle is a European dog. He is a descendant of the Basset Hound and the Poodle.

Both dogs were originally bred for hunting escapades before they gradually morphed into companion pets.

In Belgium, the Basset Hound was a certified badger hunter. He had an impeccable sense of smell and found great joy hunting in packs.

The dogs are slow in their movement but are very accurate hunters.

In Germany, the Poodle was mainly a retriever dog who assisted his owner in hunting around large water reservoirs.

Poodles were bred to have water-resistant coats as they spent a lot of time in the water.

Later on, his predecessor, the toy poodle, was bred mainly for companionship.

2. Bassetoodle may take up the furriness of his parent 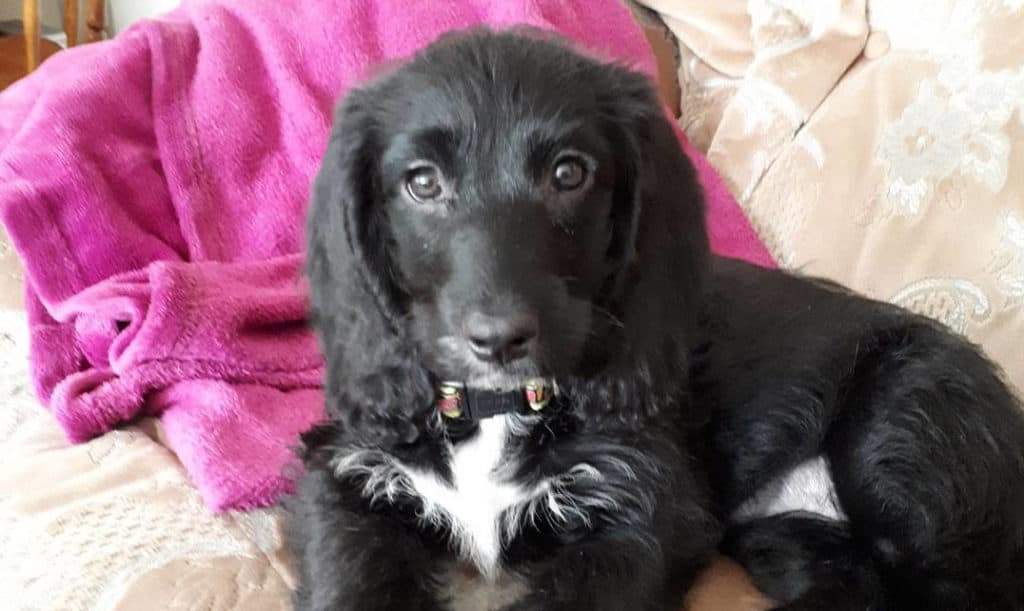 Bassetoodle can grow to have the disarming droopy face of the Basset.

He will constantly wear a calm expression and only show excitement with the wag of his tail.

His ears are droopy, his muzzle very long, and his coat short, thick, and smooth. His gait will be slow but his alertness unrivaled.

On the other end, he may take up the furriness of his parent the Poodle.

His body can be tiny or moderately tall with a long curly coat.

He will have plenty of energy to expend and an acumen to learn things quickly.

If he is lucky to inherit the water-resistant coat, that will mean less grooming sessions for you.

Coat color will also depend on the dominant parent genes. It can be uni-color of brown, white, black, or apricot.

It can also be a blend of two or more colors.

One color forms the base while the others appear as accents on the back, face, chest, paws, or limbs. 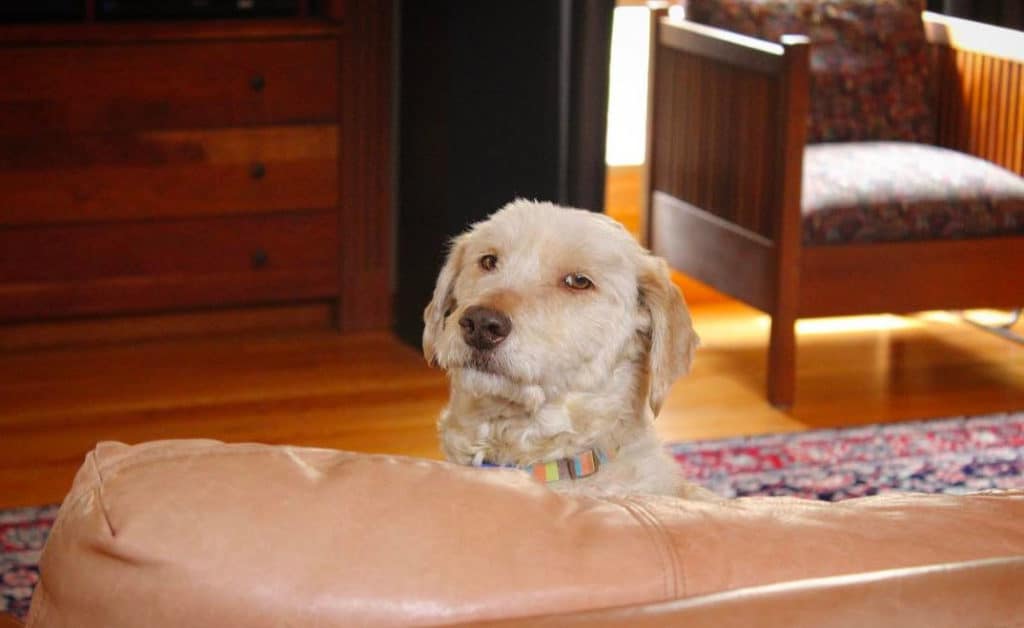 Height ranges from 12 to 15 inches from the Shoulder.

Weight is somewhere between 12 and 15 pounds.

If they grow to 15 inches, they have the potential of weighing between 45 and 55 pounds. 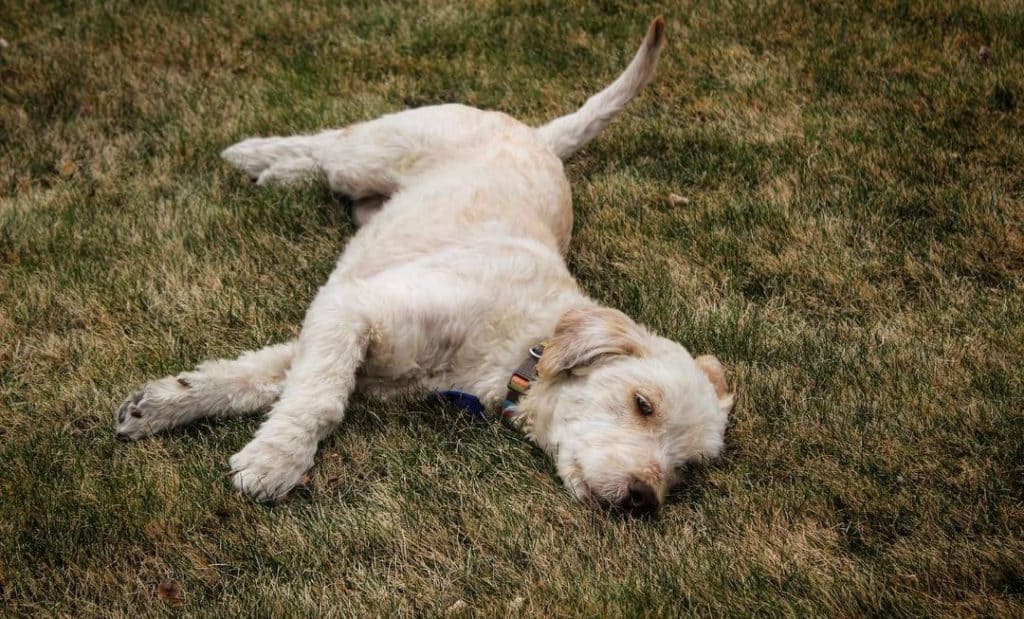 Bassetoodle dogs have a lifespan of 12 to 15 years.
Read Article – Cutest Poodle Mixes

5. He has habit of sniffing around

Bassetoodle’s temperament is generally mellow with bouts of excitement in-between.

He is so quiet when he moves that he will frequently catch you off-guard.

Perhaps a collar bell might help with alerting you to his whereabouts.

By nature, he is very easy going and is drawn to people.

He seldom gets mad and responds very well to authority. This Poodle Mix is the type of pet to live with both young and old family members.

He will play with the kids in the yard or lay quietly beside grandpa while he reads the paper.

You also have to contend with his habit of sniffing around. It’s his unique way of making sense of his surrounding.

And maybe you can use this strength to find where the kids hide their candy.

6. Bassetoodle is unarguably one of the smartest dog 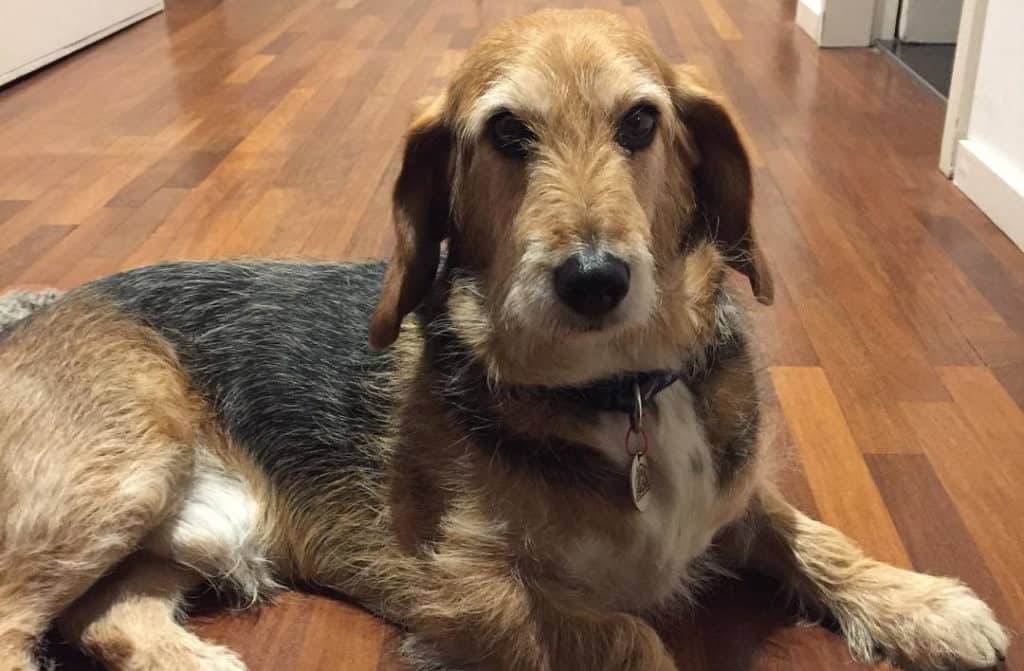 He has the intelligence of the poodle and the sharp senses of the Basset hound.

These attributes can be honed further to make him an excellent guard dog.

Otherwise, he quite content with learning basic tricks like rolling over, behaving himself when guests are around or doing his business outside.

7. Training sessions are enjoyable with a Bassetoodle 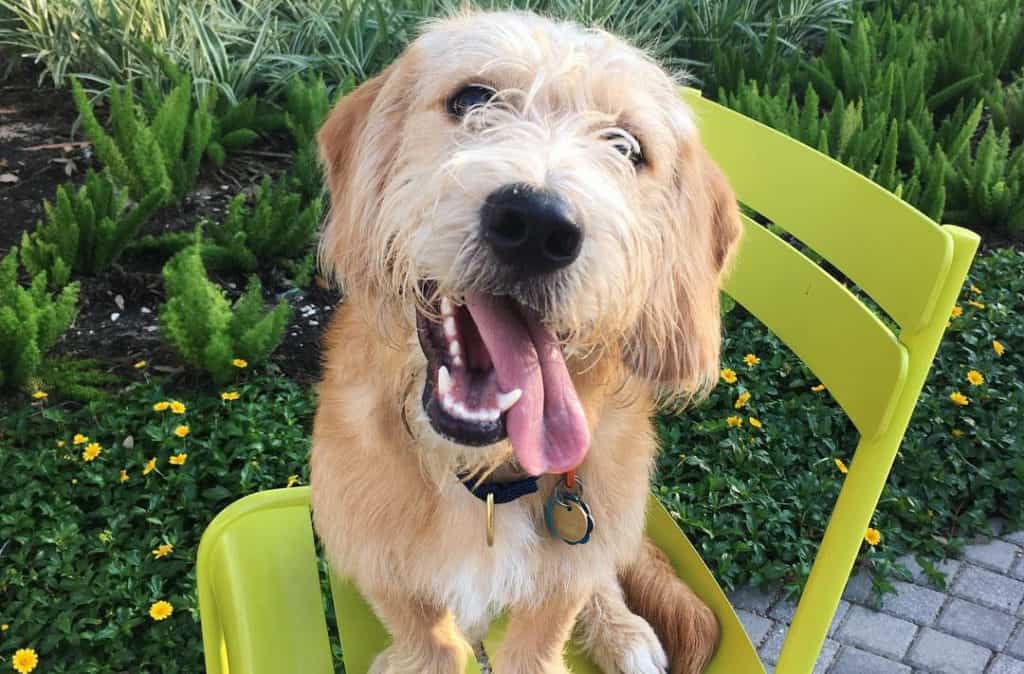 He is highly intelligent and will require fewer repetitive sessions to learn new tricks.

His laid-back personality grants you an opportunity to be a little authoritative.

However, never use harsh words or physical force to get him to do anything.

If he inherits more of the Poodle’s temperament, then be prepared for a little stubbornness.

Nevertheless, some patience and positive words are enough to get around his stubborn nature. 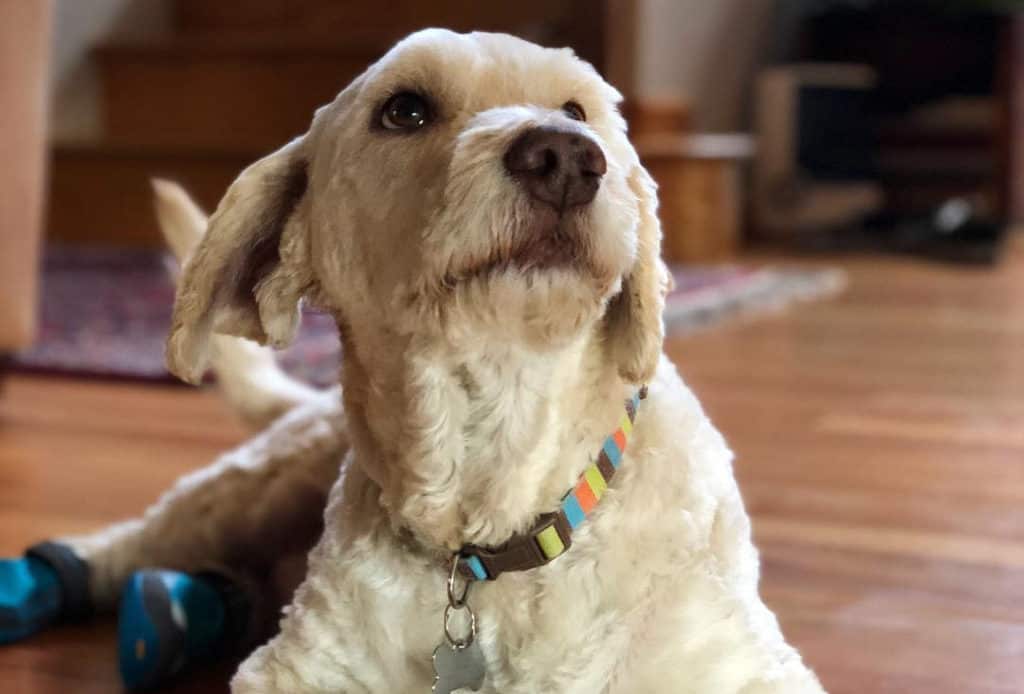 He may be slow his mannerism but do not let this fool you.

There is plenty of energy stored up inside him that needs to be expelled.

Play-time is best conducted outside where he has plenty of opportunities to sniff around.

In addition, Bassetoodle dogs have to be exercised to prevent them from gaining too much weight. 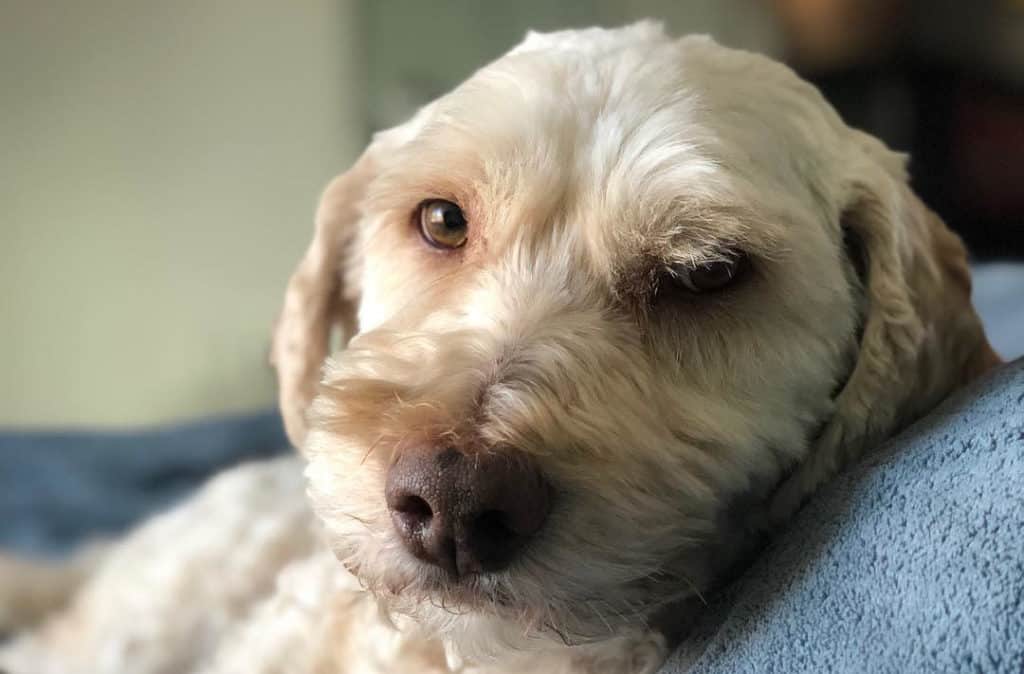 Good exercise should be accompanied by a high-quality diet.

Dry kibble should be top on the list of foods served to him. He does not mind eating from the dining table but don’t make it a habit.

He is an over-eater as well so limit him to two portions of food a day and the occasional doggy treat. 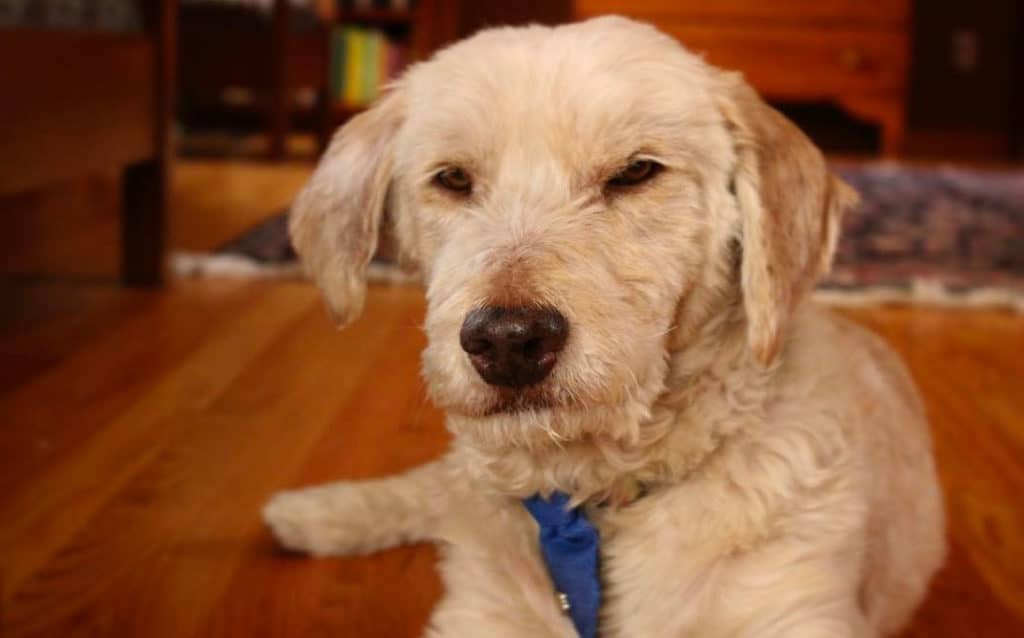 As long as you feed Dog dry food rich in nutrients, he should remain healthy for the better part of his life.

Health issues may begin to show around his 10th to 15th year.

He may develop problems with his hind limbs, digestive system, thyroid, or teeth. 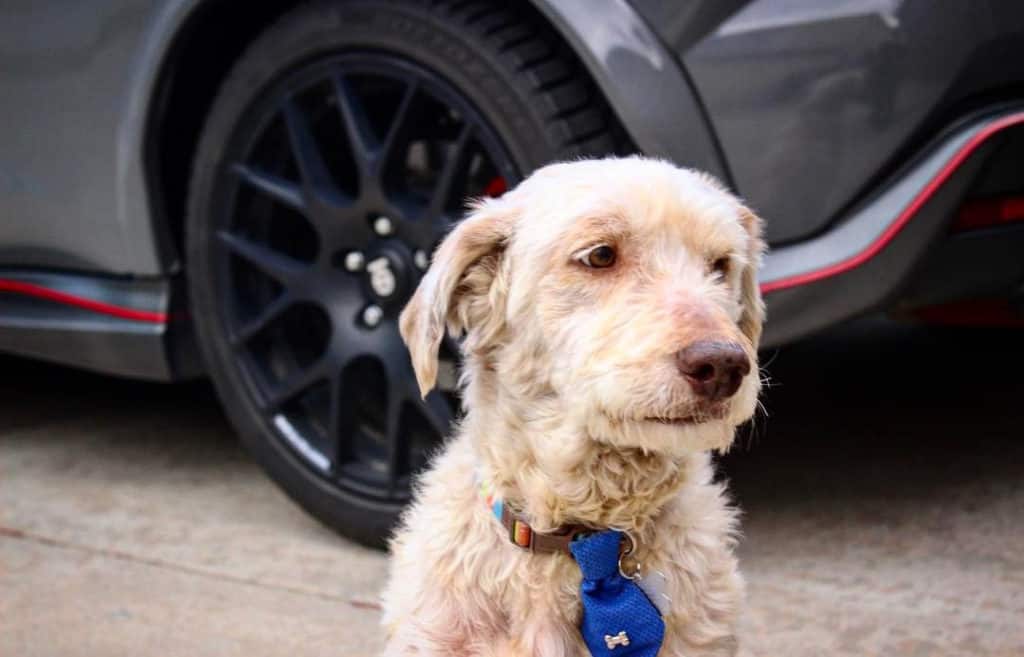 Bassetoodle needs his coat groomed to maintain its rich color and silky look.

If he has a Basset Hound’s coat, brushing him once or twice a week is enough.

A curly coat, like a Poodles, may require daily brushing to prevent matting.

Bathe him regularly as well to get rid of pet dander and potential skin problems.

His teeth need brushing once a day to maintain proper oral health. Brush him twice if you feed him human food.

He is likely to develop plaque which can destroy his teeth.

12. He is a perfect family dog 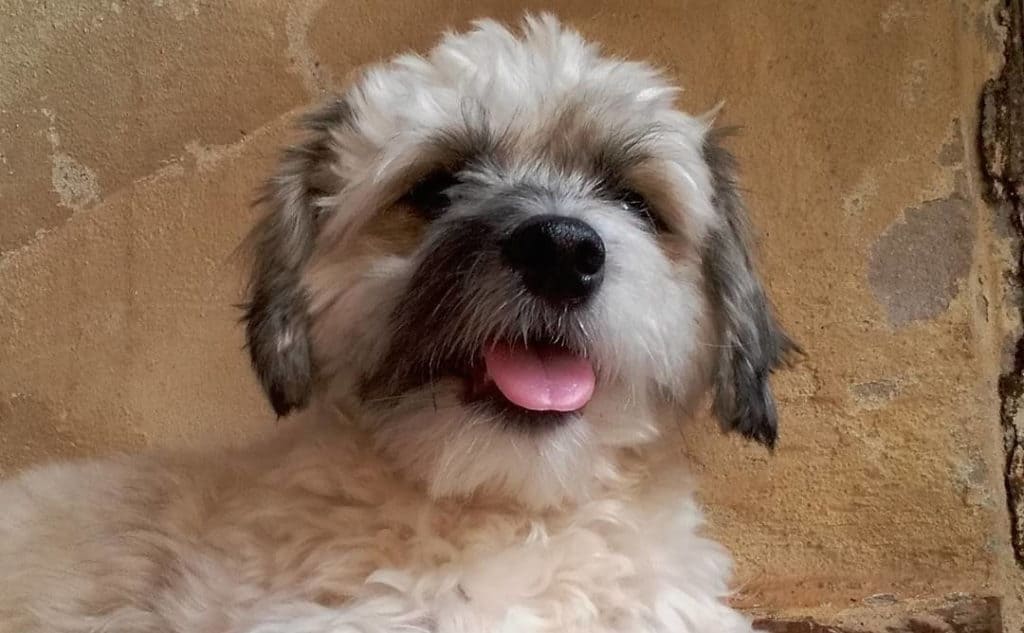 Bassetoodle thrives in any environment he is placed in. His mild mellow nature helps him get along with everyone and other pets.

He is a perfect family dog to have in a city studio apartment or a suburb family home.

He does not shed much which also makes him perfect for people with pet allergies.

Conclusion
A Bassetoodle is the ideal family dog. He is well-mannered and very friendly to people.

Have him on the right diet, exercise, and grooming and he will be a loyal companion for life.