If you want to own a Doxiepoo, be ready for some mad fun and plenty of face licks whenever you get home. 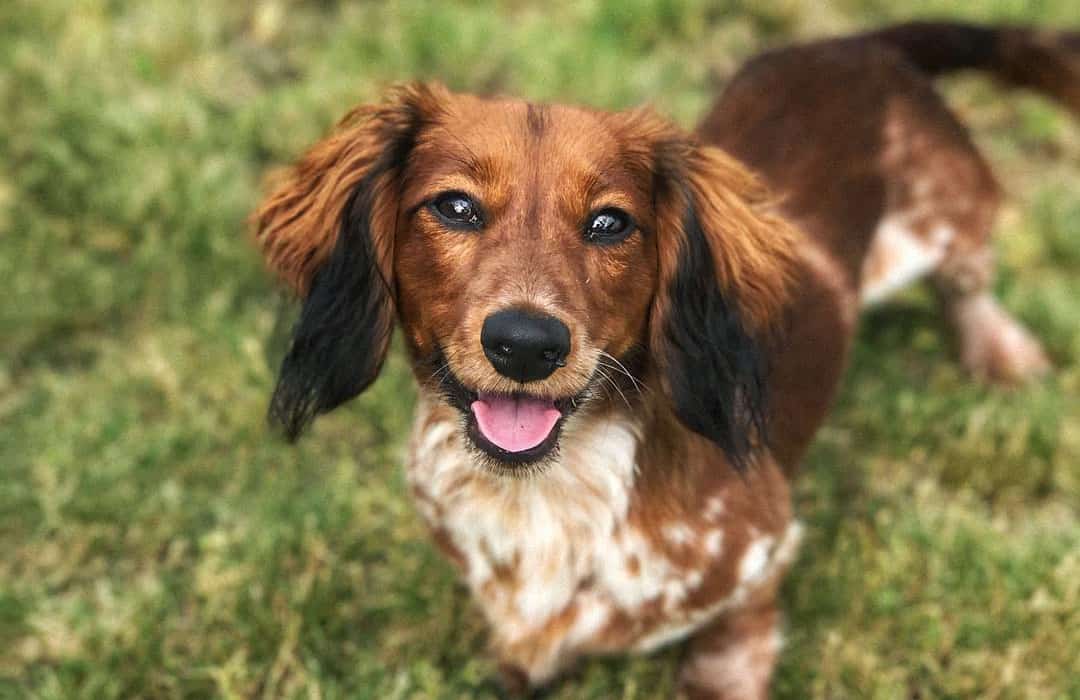 He is an easy fellow to love and is always protective of his master.

Nevertheless, people found Doxiepoo easier to pronounce; so the name stuck. There are a couple of things to know about this vibrant little guy before you take him home. 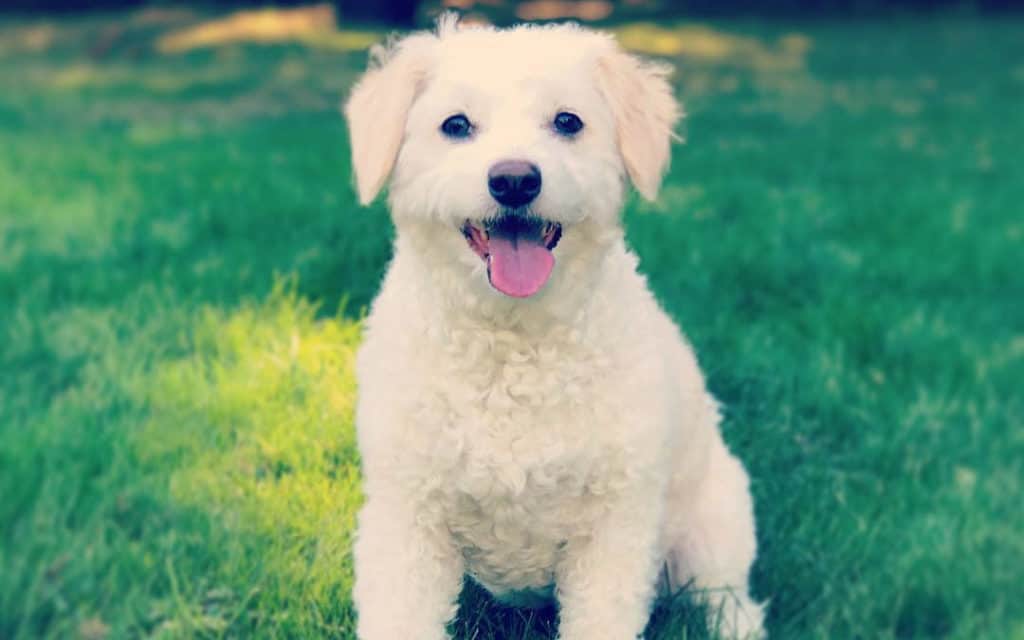 Doxiepoo is a purebred German dog. Both his parents, the Dachshund and Toy Poodle, hail from Deutschland.

To understand him better, you have to be acquainted with his parents.

In ancient times, the Toy Poodle was used as a hunting dog.

His main job was to retrieve the kill for his owner whether it is a dead duck floating on lake water or a partridge dislodged in the bushes.

The Dachshund was a hunter as well, but he was the one doing both the killing and retrieving.

Much of the Doxiepoo’s personality is attributed to his parents.

He may look all cute and cuddly when perched on your lap, but the ancient hunting instinct lurks inside him and will always manifest in one way or the other.

2. Doxiepoo is a certified fur face 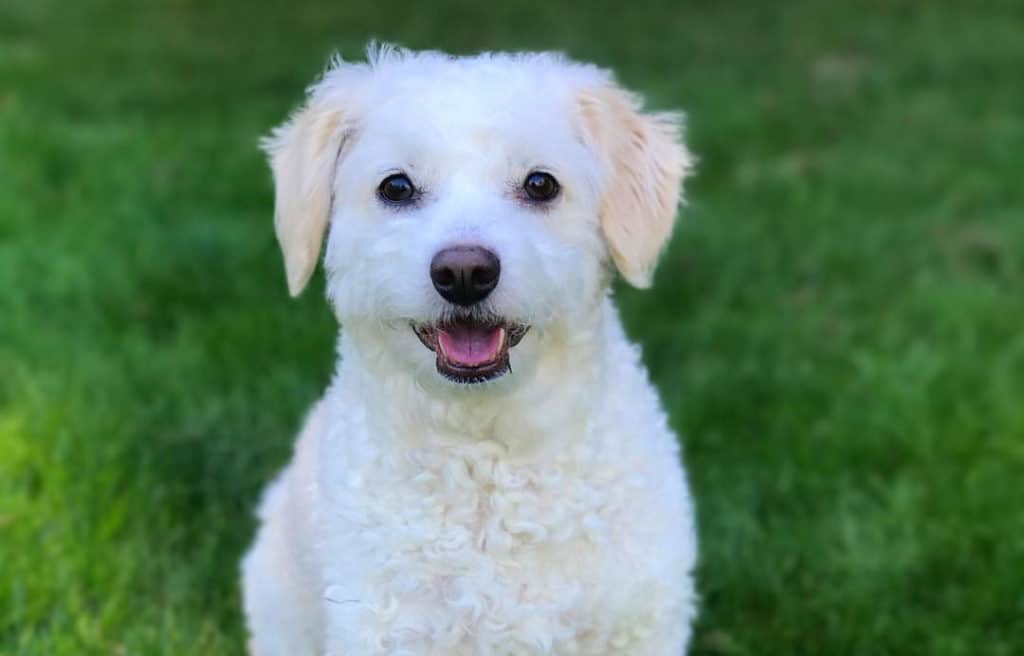 Although Doxiepoo is a certified fur face, like the Poodle, he has a well-defined face as well, like the Dachshund.

His body size will also be influenced by the dominant parent gene; he may be tiny like the Toy Poodle or of reasonable height like the Dachshund.

You will also grow to love his cute wide eyes.

The same goes for his fur coat. His coat hairs can be short, tight and need less grooming to keep it prim.

On the other hand, he may have the long curly coat of the Poodle which requires plenty of grooming attention.

Coat color will generally lean towards a rich black, brown, grey, white, tan or a combination of these colors. 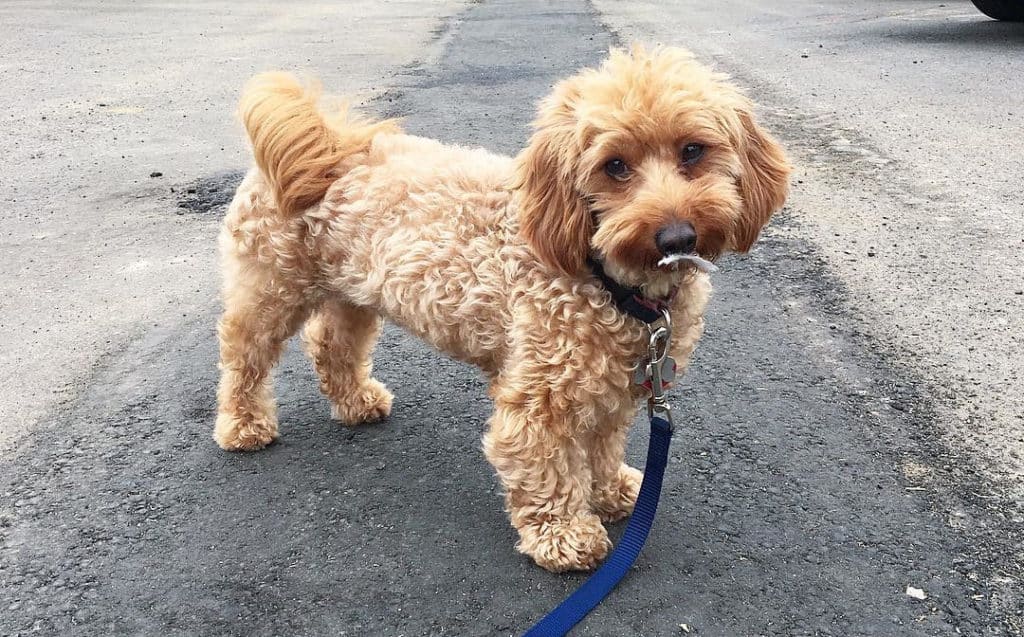 On average, Doxiedoodle’s height is somewhere between 17 and 23 inches from the shoulder.

Depending on his size, he will weigh, on average, somewhere between 10 and 30 pounds.
Read Article – Cutest Poodle Mixes 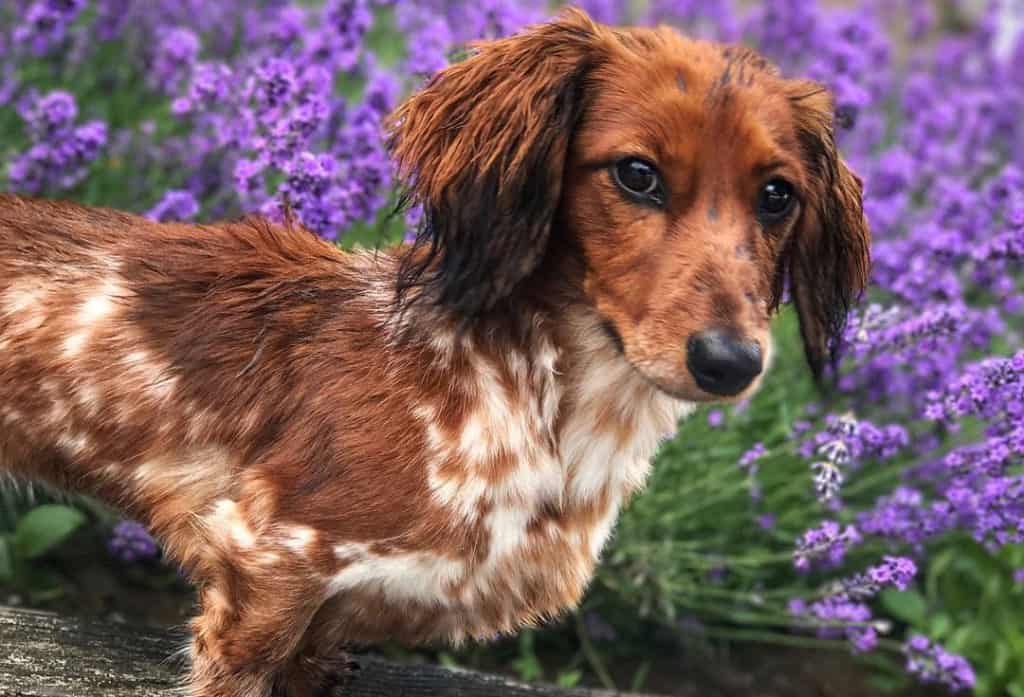 Doxiepoos live for 10 to 15 years, or slightly more if he has so much love to give.

5. Doxiepoo is quite affectionate and playful 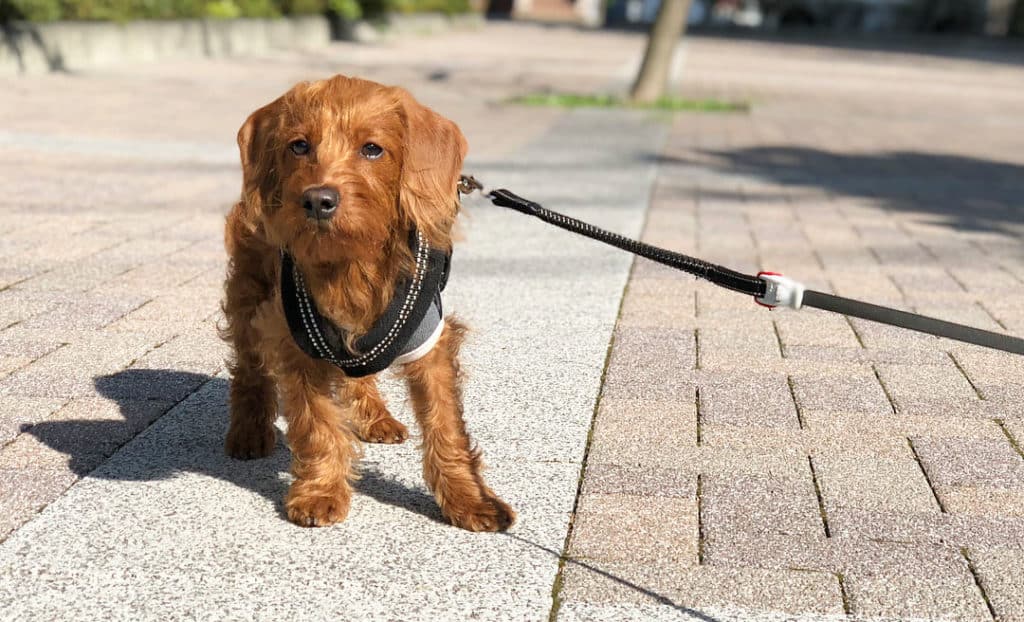 He is also a well-mannered dog if you train him to be so at an early age.

His friendly temperament makes him a suitable companion for elderly people, single people or couple living in an apartment, or a family with or without kids.

If he takes up after the poodle, he will be a very delicate fellow.

He will constantly crave the attention of his master and grow weary if left alone for too long.

He may also carry the excitement of the Dachshund and will be bolting around the house chasing after his toy.

When introduced to kids as a pup, he grows to love them like his siblings.

You should also socialize him with other pets when he is young. He can be very protective and unkind to other pets that compete for his master’s attention.

In fact, he does not mind being the only pet in the house; he is confident his charming personality is all that is needed to liven up the home. 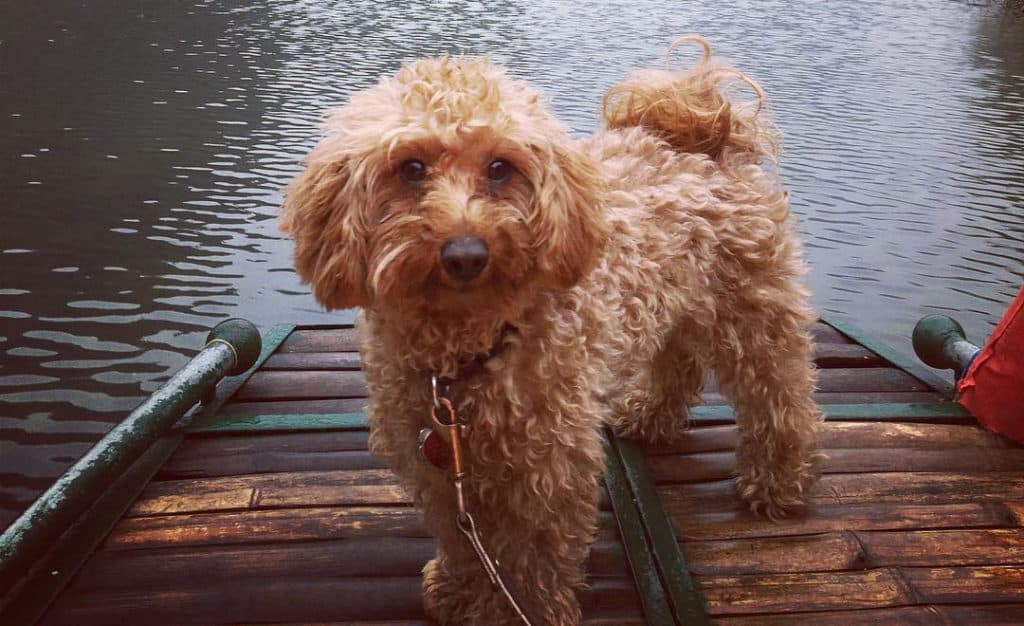 Doxiedoodle is fortunate to inherit the smart genes from his parents.

He is a fast learner and very eager to please his owner by learning every new trick taught.

However, being too intelligent also makes him a little stubborn. Fortunately, there are ways to coerce him and bring him back on course.

7. Doxiepoo should be easy to train

Being highly intelligent, Doxiepoo should be easy to train. If he is lucky to be like the Poodle, you will need less training sessions with him.

On the other hand, if he is predominantly a Dachshund, then stubborn is his second name.

Plenty of positive reinforcement will be required to keep him interested in the training.

Reward him for every new trick he gets right. Never be harsh with him either physically or verbally.

He can easily withdraw and develop undesirable traits when he is an adult. Patience and rewarding are the two great tools to train a Doxiedoodle with. 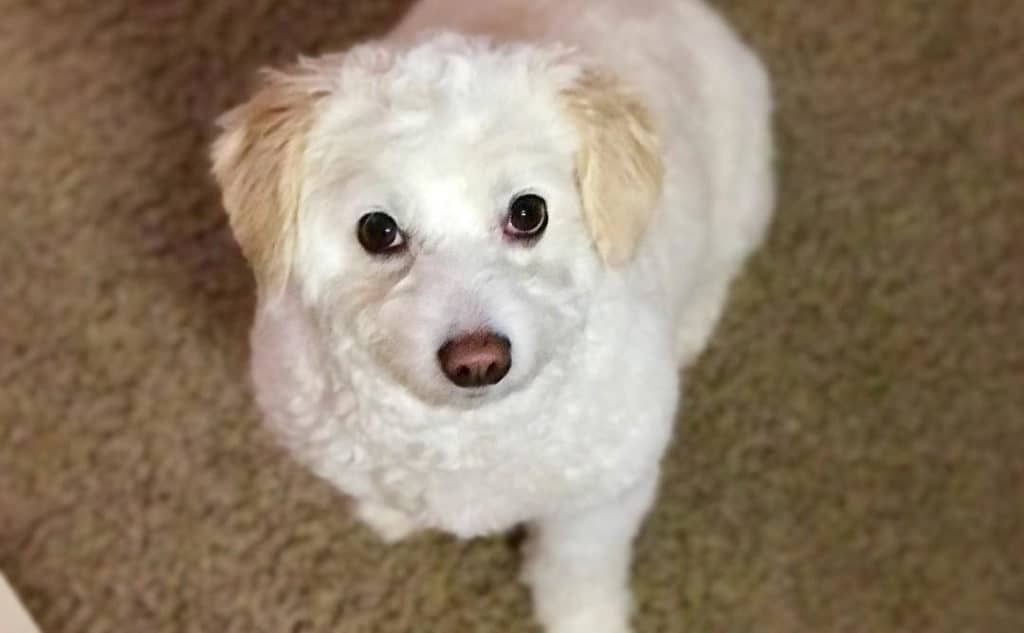 So you know he has plenty of energy welling up inside. Take him into the woods to explore all the rabbit holes or the park to play with his frisbee.

Get him a toy ball to chase around the apartment in the evening.

Doxiepoo also loves playing with kids in the yard. But be careful not to leave him with toddlers or kids below 3 years.

He may nip them unknowingly or the kids might accidentally drop him and hurt his limbs.

9. He has a tendency to overeat 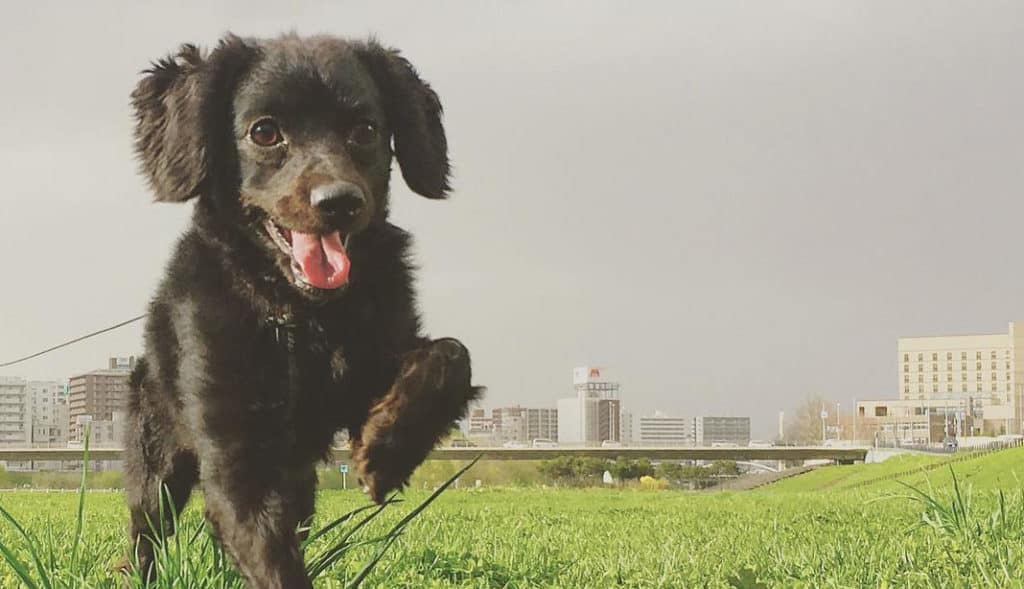 You can also feed him three meals a day but make it smaller portions.

He has a tendency to overeat and gain a lot of weight so controlling his portions is crucial.

In addition, be very economical with the doggy treats to maintain his good health. 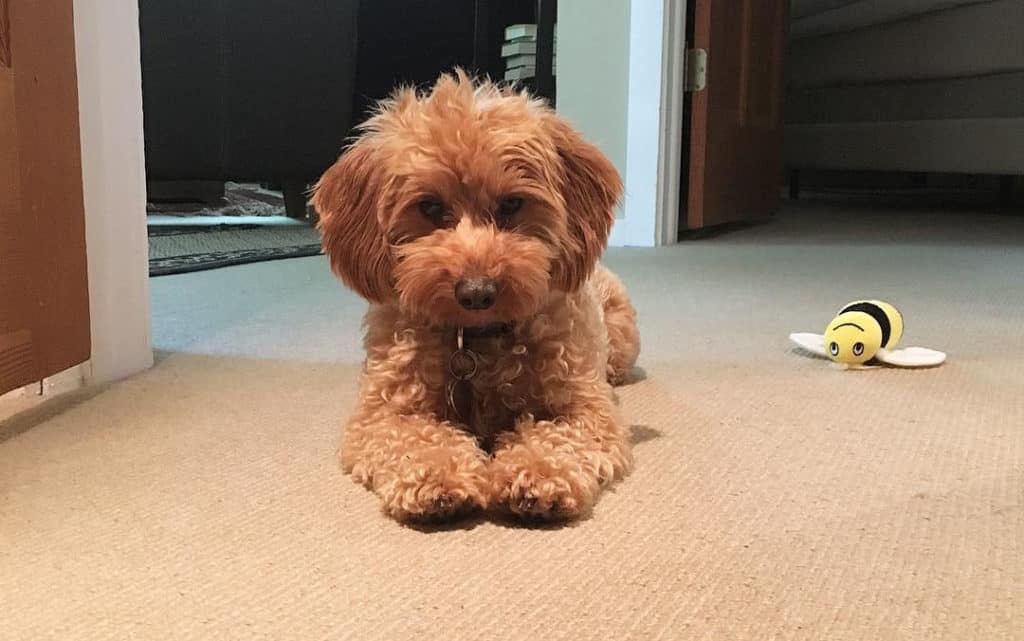 Although Doxiedoodle is predisposed to the ailments that affect his parents, it does not necessarily mean he will develop them.

Nevertheless, ensure he gets regular visits to the vet for his health checkup.

Increase the vet visits when he grows older as he is more prone to health issues then.

He may also develop ear and oral infections if not well-groomed. 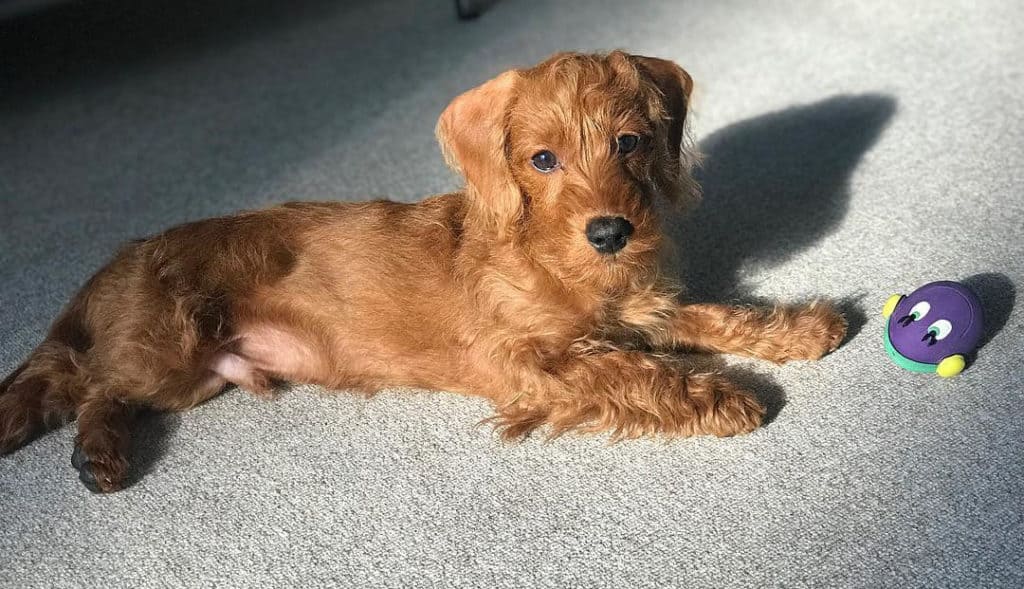 Doxiepoo coat will require less brushing if he inherits it from the Dachshund.

If he has a Poodle’s curly coat, he will require daily brushing to prevent tangles and maintain his coat’s smoothness.

Bathe him once or twice a week with premium dog shampoo. Also, brush his teeth daily to prevent cavities and plaque. 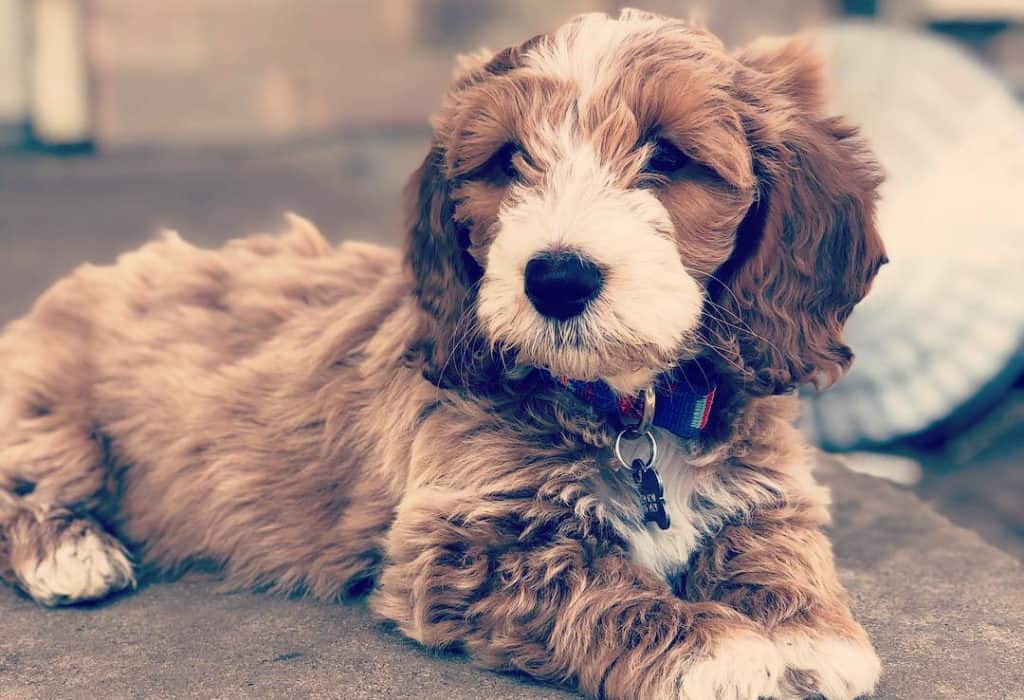 They will bark at any stranger until they are sure they pose no threat.

He is always alert and is not afraid to charge at anything or anyone who threatens his owner.

Conclusion
Doxiepoo is a tiny fur-faced chap you will definitely love to own.

He is not afraid to express his affection through tail wags and face licks.

In addition, he will adapt very well to any environment as long as he is beside his owner.

12 Things You Need to Know About Pomapoo

12 Amazing Things You Need to Know About Cockapoo

12 Things You Need to Know About Cavoodle

12 Things You Need to Know About Schnoodle