The adorable Maltipoo, a cross between a Maltese and a toy or miniature Poodle, is a perfect family companion because of his laid-back disposition, devotion to his owners, and all-around friendly demeanor. 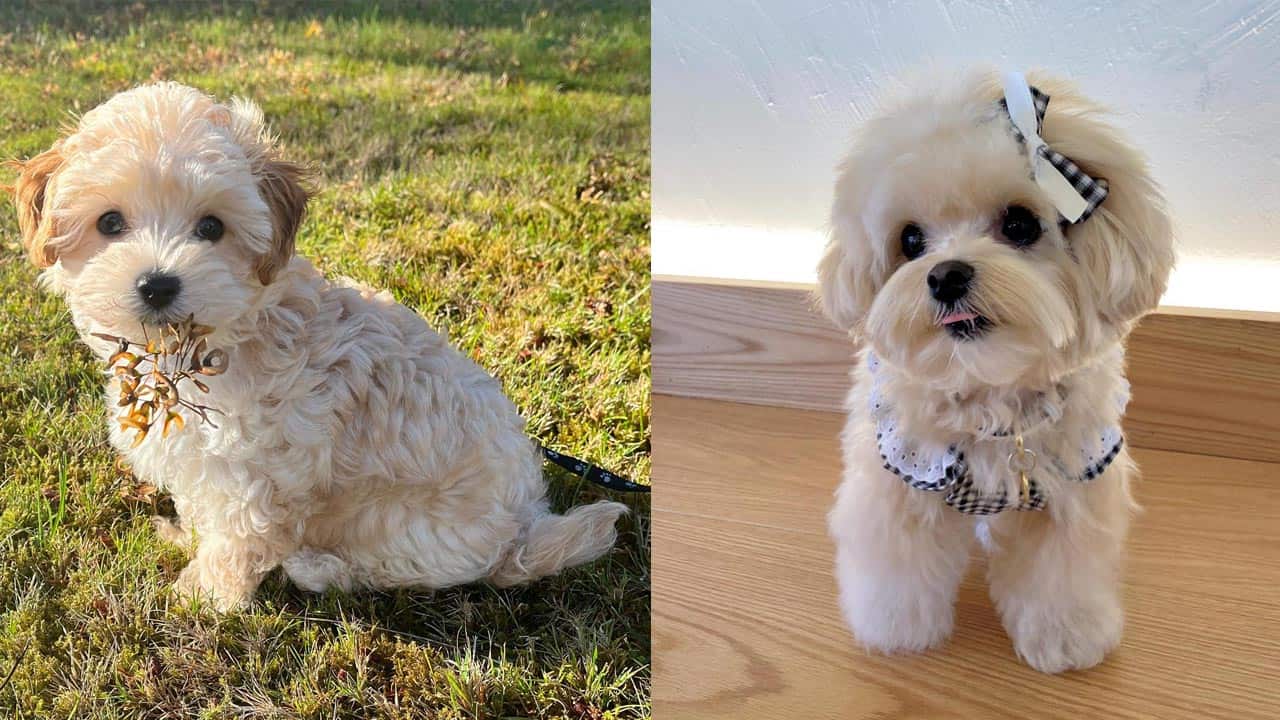 However, a puppy and an older dog can experience behavioral issues. Finally, we’ll cover the most common behavioral issues Maltipoo owners may encounter in this post, along with solutions to address the issue.

This breed is not generally recognized as a yapper; however, a Maltipoo may become used to barking nonstop for various reasons. Although there are situations that will make an adult bark, pups under a year old are more frequently affected by this problem.

The annoyance an owner may have when their Maltipoo is awake and making noise till the early hours of the morning is at the top of the list of behavioral issues regarding barking.

Small crates are too restricting for a dog to spend the night in, wire bottom cages are horrible for the paws, and drafty spaces can make a puppy or even an older Maltipoo very noisy.

Additionally, you should make sure your dog is healthy. Some ailments, such as hip, leg, or back problems, may not manifest themselves until the dog is lying down; thus, nighttime commotion may be justified.

There must be zero engagement to stop a dog from barking in the middle of the night. Even storming up and shooing the dog away is a form of attention.

Leaving him to self-soothe with toys and a warm blanket will allow him to learn to settle down and relax without his human right there, so long as he is healthy, warm, and safe, and his toilet needs are fulfilled.

This lays a solid foundation for the pup’s future behavior. Rushing to every baseless yell, whimper, and cry leads to a never-ending loop of unfavorable conduct.

Most owners approach housebreaking a Maltipoo puppy with the optimistic outlook that it will soon be finished and everything will be fine. So what do you do if a Maltipoo has trouble picking this up or perhaps even acts defiantly?

Make sure your dog is not multitasking so it can focus. There must not be any playing or wandering. Instead, stand in the center of the allocated space with your Maltipoo on a 6-foot leash, and let him circle about. He may smell and look about, but do not play with him or converse with him in a way that would annoy him.

While it would be ideal if dogs pooped on command, some take up to 20 minutes for their intestinal muscles to relax and expel the waste. When urinating, a dog might only empty half of the bladder and take a little longer to empty the remaining portion.

If your dog cannot hold it in for longer than an hour, the first thing that should be done is to examine any health condition that might be to blame. After a thorough examination to rule out any medical problems, a proprietor might turn to other causes.

While this is being discussed under Maltipoo behavioral issues, there may also be a physical component. Here’s how it works: Extremely young Puppies cannot retain their needs. The muscles in the bladder and bowel get stronger as they get bigger, but only if you let them.

If you took an 8-month-old puppy outside every two hours and did not increase that frequency when he was three and then four months old, his body would still be accustomed to going every two hours.

The trick will be to progressively extend the intervals between letting the dog out. Set a goal of exercising for 15 minutes longer than usual, then build up from there. A Maltipoo used to go every three hours cannot suddenly learn to go for eight hours, but he can get there if he works on it in 15-minute increments over days and weeks.

Don’t worry if your Maltipoo pees or poops while sleeping without waking you up. While most dogs will tell their owners about a need, some are quite quiet and may simply perform the task in silence.

To give him the 20 minutes we said before, you should take him outside one hour before bed and again 20 minutes before bed.

Finally, ensuring that your Maltipoo is active and active throughout the day can aid in the dog’s ability to sleep through the night. For example, a dog’s greatest stimulation to help it fall asleep at night is two daily walks, some playtime, and some command training.

If you do not intend to breed your dog, you may want to give having him or her fixed significant consideration because unfixed canines will spray far more than dogs who have been spayed or neutered. Additionally, it lowers the chance of numerous health issues, including certain cancers.

Dogs with serious behavioral issues cannot be left at home alone. They might become extremely destructive (chewing everything they can), bark uncontrollably, drive themselves into a rage, try to flee the location, or even get gravely unhappy.

Here are a few quick yet effective suggestions for dealing with this behavioral issue:

While some Maltipoos might be calm and reserved, some are too hyper. The breed is most definitely not a lazy dog. For example, a Maltipoo may exhibit behavioral issues such as leaping up on you or visitors, running in circles like a loon, or generally acting a little crazy.

You can help by doing the following things:

Make sure the puppy or dog has a chance to expend pent-up energy healthily. Some dogs may manage with just one daily stroll, while others thrive with two, and still, others require three. Every dog has a different energy level, and they all need a method to get it out.

A dog can become agitated and jump up if trapped inside the house for a long time.

This can be as simple as someone walking into the room or as loud as the doorbell ringing. Dogs require physical activity to explore, see, smell, and stretch their muscles. Even if you may not think much of a quick stroll around the neighborhood, a toy-sized dog like the Maltipoo can benefit greatly.

Some dog owners choose to solve the issue by removing the dog from the source of the issue.

An owner might, for instance, keep the Maltipoo in his gated area when guests are over or refrain from taking the dog to the park because of his temperament. If a dog leaps, barks, or behaves erratically when automobiles, people, or other dogs pass by, some owners might be hesitant to take the dog for a walk.

This is frequently a result of the owner being ashamed of their dog’s behavior issues, and some owners don’t want to cope with the stress that comes with it.

However, by restricting a dog in this manner, you deny him the opportunity to develop a tolerance for the trigger. The ideal way to handle this kind of behavioral issue is to continuously expose the dog to what is creating the issue without utilizing coercion, pressure, or expectations.

In addition, no matter how the dog acts, the owner should not react. For example, when going on a stroll, keep your dog on a leash and a harness (rather than just a collar, which would protect his neck while he panics), and proceed as you normally would while also carrying your dog.

The same disregarding strategy should be used indoors, not even eye contact. Food and praise should be offered when a dog finally nods off and becomes quiet.

Since Maltipoos are a hybrid of two breeds, they may inherit certain undesirable characteristics from both parents. This could mean behavior problems commonly attributed to Maltese and Poodle dog breeds.

With that being said, be more patient when it comes to training them. We’re sure it will be worth it for this lovable dog breed. So who can resist that cute face?