If you’re considering getting a Groodle, you should know they can be a handful. Yes, they are intelligent, energetic, and loving dogs. However, they can also be prone to some behavior problems. 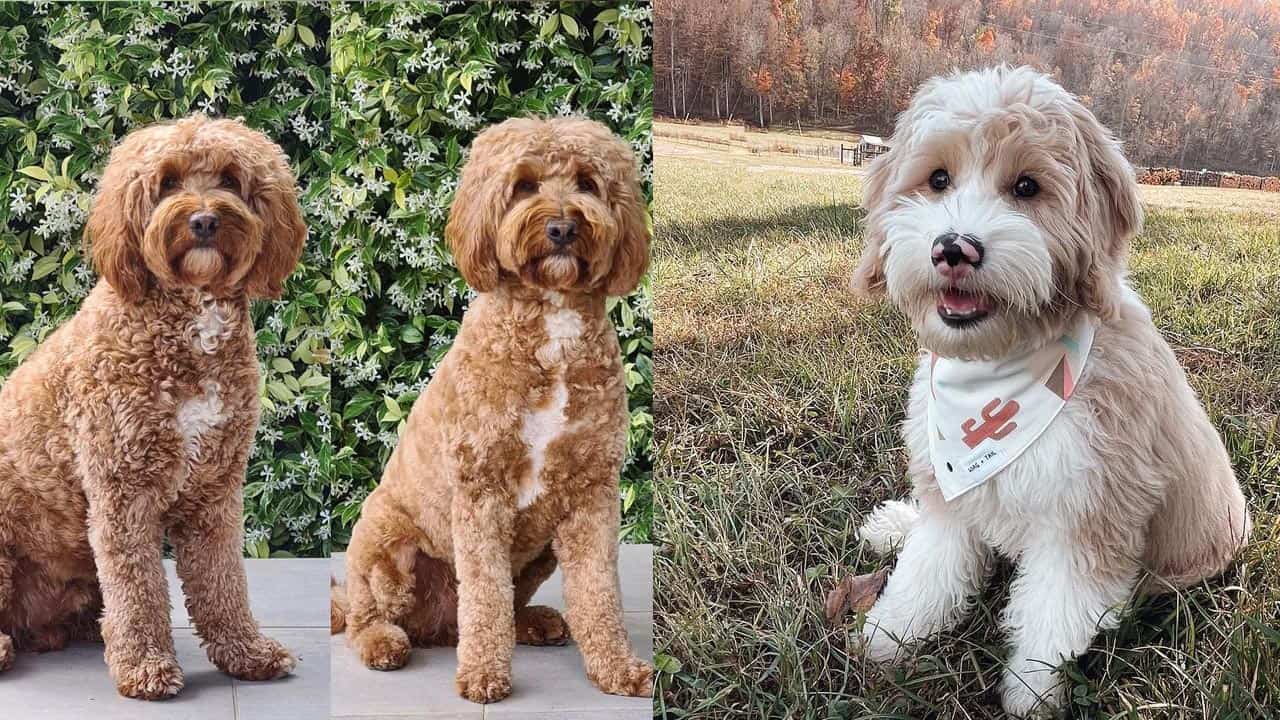 One of the best hybrid breeds, the Golden Retriever-Poodle mix is equally well-liked worldwide. Several names exist for these adorable fluff balls, including Groodle, Groodle, Goldie Poo, and Golden Poo. They are also regarded as one of the most sociable and patient dog breeds.

The Groodle is one of the most well-liked Poodle-cross breeds now in existence. It has a great temperament, pleasant demeanor, excessive intellect, and a hypoallergenic coat.

Due to its astounding intelligence, the Groodle Association of North America has listed it as one of the top 4 of the 150 smartest dog breeds.

The Groodle is in high demand worldwide, just like other Poodle crosses, including the ShihPoo, Saint Berdoodle, Bernedoodle, and Cavoodle canines.

They are very animated and enjoy being around people. So if you decide to adopt or purchase one, you may have to deal with some of the same problems that any dog has.

In this post, we’ll discuss some of the most common Groodle behavior problems and how to deal with them.

Due to the lack of inbreeding depression, crossbreds are generally accepted to be healthier, have better temperaments, and make better dogs overall.

Although there have been several studies of these inherited behaviors in purebred dogs, there is still much to learn about the precise connections between behavior and genetics. Purebred dogs are known to differ between breeds in general temperament and personality features.

The genetic theory would predict that crossbreds should exhibit behaviors between those of the constituent breeds, even if the interaction and expression of alleles are not fully known in crossbreeding.

Even while it is believed that crossbreeding can be advantageous for integrating desirable traits from two breeds, nothing is known about how temperament and personality alter when crossing two purebred dogs, nor how the expressed behavior of the offspring corresponds to that of the parent breeds.

Canine behavior expression is not evaluated on a binary scale, where a dog either exhibits the desired action or does not. Dogs of all breeds, including purebreds, will express a certain behavior to varying degrees since behavior is judged on a relative scale of expression.

First, Groodles are very social dogs, and new owners must be aware of that. They flourish when they can interact with people frequently.

However, they are not designed for solitude; if not given enough time, love, and care, your Groodle may exhibit a variety of undesirable habits. Because of this, this dog might not be the best choice if it is left alone at home all day.

Unlucky Groodles who are frequently left alone may occasionally exhibit separation-related behavior or SRB, however, the behavior is frequently a result of distress.

According to research, 8 out of 10 dogs have trouble adjusting to being left alone. However, half won’t exhibit any overt symptoms, making it simple for owners to overlook.

You may be aware of the clear indicators of SRB in dogs, such as chewing up furniture or excessive barking. But did you realize there are additional warning indicators that could go unnoticed?

Destructive behavior, such as chewing on and damaging furniture, howling, barking, whining, excessive toileting, anxiety when you leave, and extreme enthusiasm upon your return, are typical symptoms of separation-related behaviors in dogs.

The good news is that SRB can be prevented and treated. Even if you believe your dog to be content, periodically look for “hidden” indicators of distress. Installing a webcam to watch your pet while you’re away will help you do this.

When you’re at home with your dog, give them plenty of exercises to help control their destructive tendencies and unlimited energy. Give kids plenty of toys to play with before you go so they won’t be tempted to wreck the house’s belongings.

As was already said, the excessive barking may be related to separation anxiety, but there may also be other causes. One of these has been taken too soon from its mother.

Because they begin to learn appropriate conduct, a puppy’s time with their mother and other litter members is crucial for their growth. The consensus is that a puppy should remain with its mother for at least eight weeks before being placed in a new home.

If not, issue behaviors, such as excessive barking, may develop. For example, while that could be adorable when they are young puppies when the dog is an adult, it will only bother you and your neighbors.

The excessive barking may also be caused by boredom or loneliness. Groodles need a lot of exercise and care, so if they don’t receive enough of one or both, they may bark to let you know.

Giving your Groodle dog the right socialization and exercise is the greatest approach to stopping them from barking excessively. Usually, when a dog barks, it’s either to get your attention or to warn you of an unknown scenario.

Exposing your dog to a wide variety of experiences as early as possible is crucial. This means that they will be prepared for similar issues in the future and won’t feel the need to bark.

Teaching your dog to bark and stop on command is another tactic. You may teach them this trick just as you would any other by rewarding them with goodies and praise each time they comply with your instructions.

The final option is to use noisy bark collars, which shock or make a high-pitched sound whenever a dog barks. However, this is not advised because the dog can learn to stop barking altogether, no matter the circumstance, which is not what you want.

A dog can communicate with us through barking; therefore, if it ever needs to notify its owner of an important event, it should be permitted to do so.

Their natural tendency will be to investigate when you take them to the park or first meet a new person or animal. Due to this, Groodles may occasionally chase other animals, including cats, squirrels, or even people.

Normally, they don’t act hostile or territorial like this. However, it is relatively rare for Groodles to exhibit aggressive behavior. When it does, it typically indicates a lack of socialization or training.

But whether your dog is aggressive or not, it’s not a good idea for them to pull on their leash or chase after anything amusing they see because this could damage someone.

One technique to stop this tendency is to teach the dog to heel when walking beside the person, first with a leash and subsequently, if your neighborhood allows it, without one.

A treat or a toy can be used to draw their attention back to you anytime they try to run away and be sure to give them praise each time they choose to ignore a possible distraction. You can also use their distractible tendency to your advantage.

Lastly, encourage your dog to use his or her natural want to chase in sports and activities like fetch, tug-of-war, tag, or hide-and-seek. This will enable you to work with your dog’s natural tendencies while ensuring the safety of you, your dog, and everyone else around you.

The Groodle breed is renowned for its friendliness and approachability. Every dog is unique, so there’s still a potential that a poorly socialized Groodle could start acting aggressively toward people or other dogs.

The dog’s loyalty to you as its owner and desire to please and guard you are the key causes of this reaction.

By routinely exposing your dog to different settings beginning at a young age, you may train them to remain calm when meeting new people or animals. To prevent frightening them and exacerbating the aggression issue, move carefully at first.

Groodles can make wonderful family pets, but there are a few drawbacks that prospective owners should be aware of before bringing their new best friend home.

First, it is crucial to research a breed’s health concerns, benefits, drawbacks, temperament, and grooming requirements before purchasing one to determine whether you can properly care for the dog.

Although adopting a dog from a shelter or rescue should always be your first choice, if you can’t find the breed you want in the shelter, you should purchase a dog from a reputable breeder.

This will make it easier to be certain that you’ve selected the ideal new addition to your life and house.